Global Group CEO, Corrado Peraboni, was in the country to enhance strategic relations and local partnerships

Recognizing the strategic importance that Brazil represents on the global stage, Fiera Milano, one of the most important trade fairs promoters of the world, held, on Wednesday, November 11, a meeting with partners, business people and representatives of organizations. The event took place in Terraço Itália, in São Paulo.

The meeting was held during the visit of the newly appointed global CEO of Fiera Milano, Corrado Peraboni, who came to the country to intensify strategic alliances with associations and authorities, as well as presenting, along with the Brazil’s CEO Graziano Messana, the Fiera Milano project in the world and showing the depth and breadth of the market to Brazilian businessmen.

In this context, the Group reinforces Brazil as one of its priority markets. In addition to strategic actions for the development of business, the focus of Fiera Milano in the country through Cipa Fiera Milano subsidiary, is to continue the strengthening of the events already consolidated and market leaders like Exposec | International Security Fair, the main technological showcase in Latin America for the electronic security systems market and FISP | International Fair of Safety and Security, the biggest event of the sector in Latin America focused on occupational safety and health.

On the occasion, Peraboni pointed out that the direct presence in São Paulo, Cipa Fiera Milano company headquarters, was strategically chosen because the major international groups are present there. He also presented the various opportunities offered by Fiera Milano, through its global network to maximize exposure and business of exhibitors during the events.

Another point discussed was the synergy between headquarters products in Milan and the Brazilian branch. An example of this partnership will be the concretized between Sicurezza, biennial event focused on the security sector, held in Italy, and Exposec, allowing an ample interchange of business, information and technologies. “In 2015 we received Brazilian businessmen in Sicurezza in Milan and in 2016 Exposec will feature extensive cooperation between Fiera Milano headquarters and the Italian Government represent by the Italian Trade Agency – ITA, for the participation of Italian exhibitors. It will be another stage of a concrete exchange, “said the executive, and similar projects have already happened at Tubotech-Wire this year.

Reinforcing the focus strategy in the reference fairs in the sector, working with unique and leading products in the country, Graziano Messana presented some portfolio data of the Brazilian company that has a diverse schedule consisting of 10 exhibitions spanning segments of occupational health and safety, electronic security, construction (pipes, wires and cables, window frames and glass industries); energy, environment and sustainability; and technologies for rehabilitation, inclusion and accessibility, which occupies more than 160,000 m2 and attracts annually about 3,000 exhibitors and over 200,000 visitors.

Did you find apk for android? You can find new Free Android Games and apps.

nextGreat brands of the security industry in EXPOSEC 2016

Notice to the general public

• Free event for industry professionals; • Forbidden to enter the event wearing sleeveless shirts, shorts or slippers; • Forbidden the entrance of individuals aged under 16, even if accompanied by parent; • The fair credential is personal and not transferable and its use is mandatory; • The. Fair organizer reserves the right to withdraw the visitor that cause any disorder or disrupt the smooth running of the event. Your credential will be confiscated and new unauthorized access; • Participants of the fair are aware and agree that the event organizer has exclusive rights to use of image (photos and footage) of people, stands and products to promote the event at any time; • Photos and/or shooting stands and/or products can only be made with the express permission of the exhibitor. 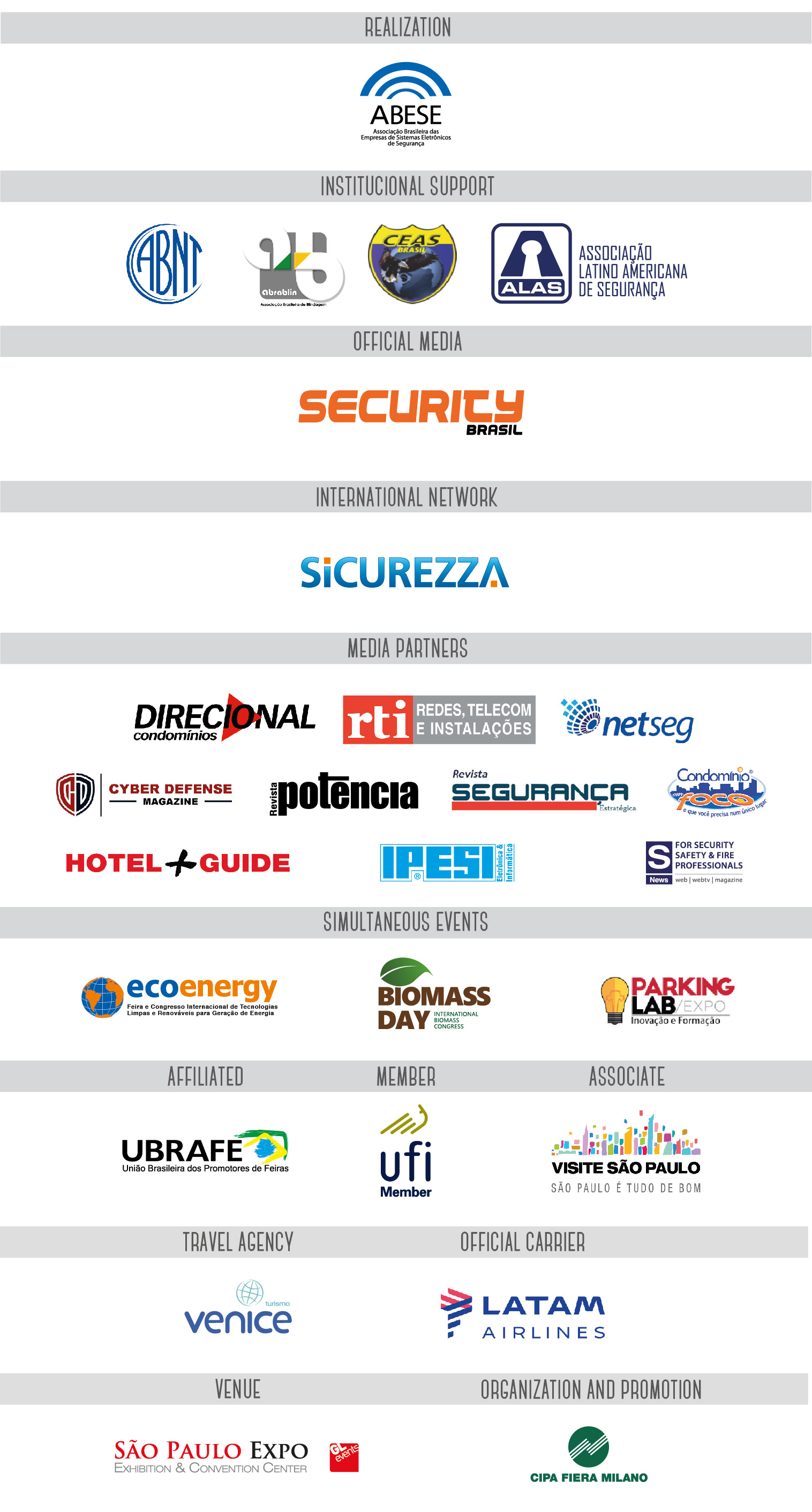 Cipa Fiera Milano is specialized in trade shows and technical publications, and aims at approaching organizations and creates business opportunities and relationships through the creation of large fairs and publishing targeted magazines in Latin America.

For agility in gates, Nice has options of automation that open and close in up to four seconds